Epec and collaboration with SeAMK (Seinäjoki University of Applied Sciences) 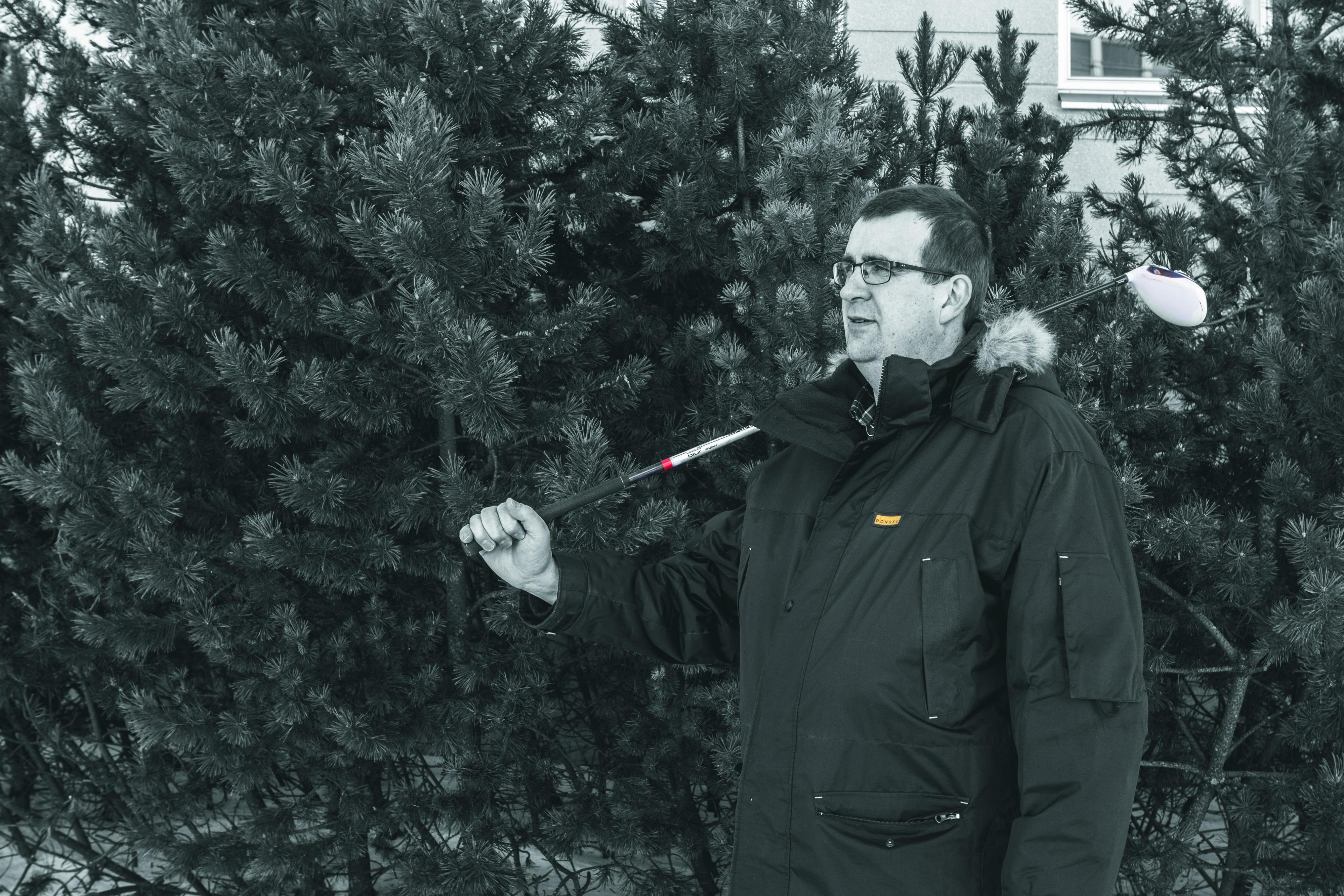 In recent years, Epec has started collaborating even more with the Seinäjoki University of Applied Sciences on several different projects. Some projects were started on Epec’s initiative, and some were born in connection with the students’ Project Workshop concept. As a result of this collaboration, there will also be training events for Epec employees. The series of training events organised by SeAMK is being launched already this spring. The topics include, for example, mobile working machine hydraulics and more specific knowledge of different types of machines.

For several years, students of automotive and work machine engineering have visited Epec Oy as a part of their course on moving machinery. During these visits, the students have gotten a good overview of how modern machine control systems work, and what stages are involved in the design and production of the system.

After graduating, many students start working for companies that manufacture mobile working machine. During a visit, the idea arose to launch a collaborative project between Epec and SeAMK, with the goal of comprehensively introducing machine control system design and implementation to students interested in the subject. With this collaboration, work machine studies would have new, modern content, while Epec would gain direct access to potential future employees.

The actual project began in autumn 2017. In September, a new group of students visited Epec. After this visit, the students were given a presentation of the project and were invited to submit a participation application. A week after the visit, the selected project group was sitting in Epec’s conference room, ready for their first meeting. Six students majoring in mobile working machine engineering were selected for this project, as they were very keen to discover the secrets of machine control systems.

The project had a great start with an introduction to machine control systems given by Eero Pärnänen (Customer Service Engineer, Epec Oy). After the training, the students were aware of what the project stages are and how to move forward after the initial stage. The participants became familiar with functional definitions, architectural design and control unit features, among other things. The group was able to reach mutual understanding very quickly regarding the functions of the loader and the necessary actuators.

When the basics were clear, the programming started. Piia Vedenjuoksu (Customer Service Engineer, Epec Oy) held an efficient training session on programming tools and methods. After a few hours’ practice, the first lines of code started to appear. Loader modifications began at the same time as the programming. Hydraulic hoses were improved, and a place was prepared for electronic valves. The participants also selected suitable lever actuators, buttons and sensors, and placed orders for the required parts. The group members divided the tasks so that everyone had plenty to do, either regarding mechanics, hydraulics, electrification or programming.

As we are writing this, the project is in the middle of an interesting stage. The software package is complete, and the installation work is nearly finished. The mounting of the lever actuators is not yet finished, but as soon as the required parts are ready, the testing of the system can begin. The testing plan has also been documented, so everything is in order for that as well. The testing stage could, of course, bring new twists and turns to the project progress, but unpredictable situations and the relevant troubleshooting skills are often the best learning methods. Whether the final meeting takes place in a week or in a month, we can already say that the project has been very successful from the perspective of mobile working machine engineering education. 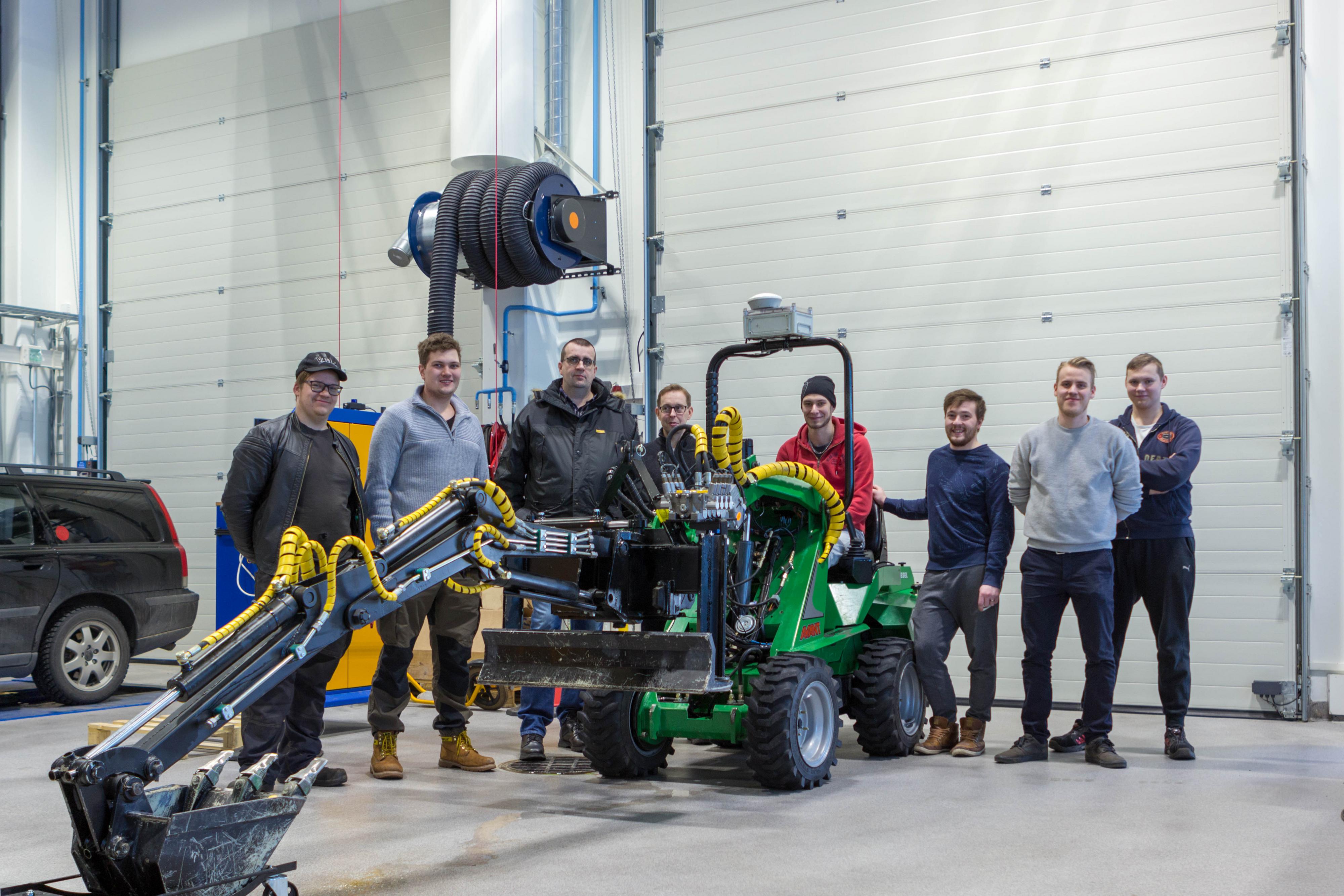