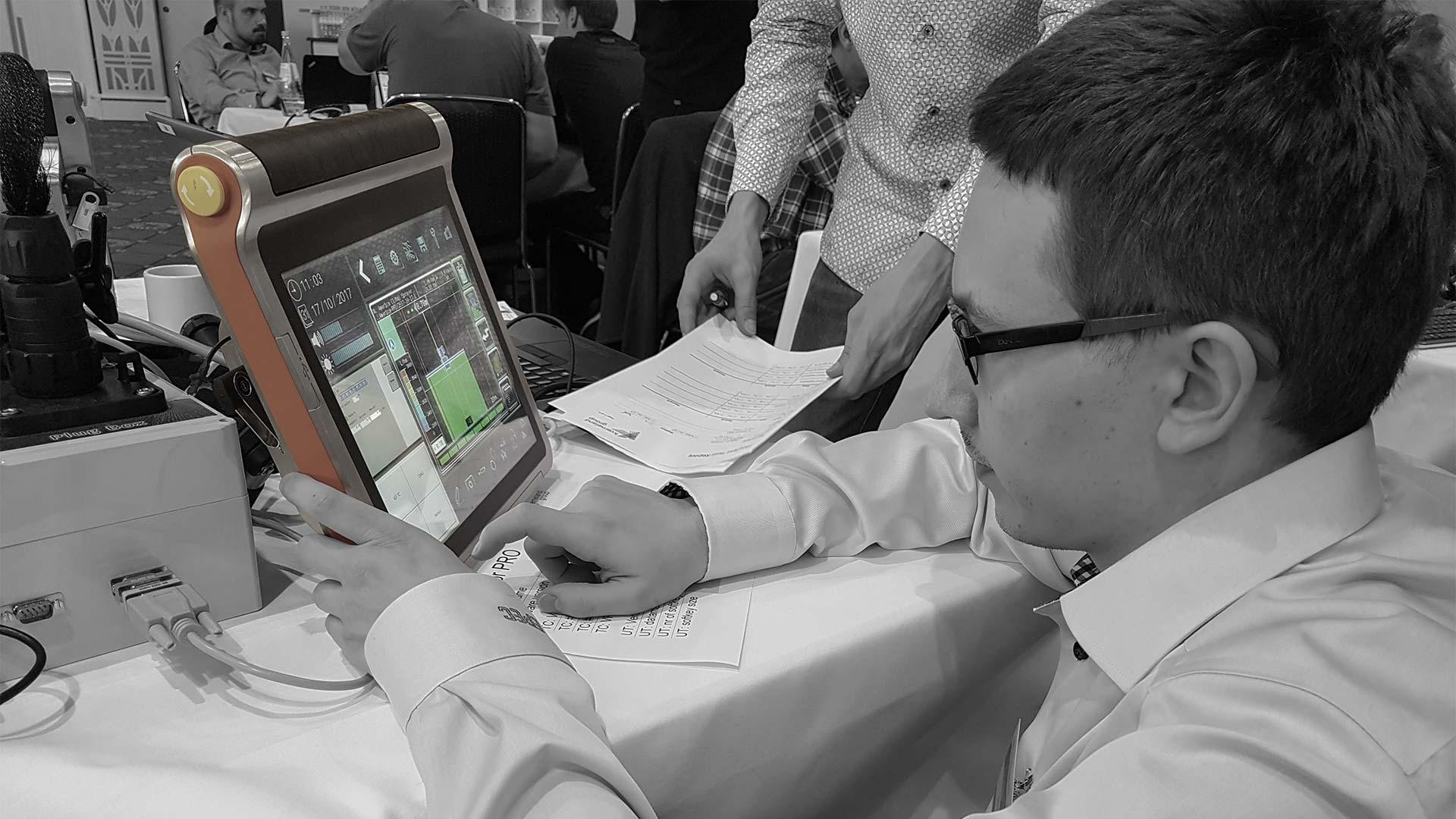 Plugfest gathered a lot of participants (154) and visitors (70). In total, there was 118 devices to be tested. The testing hall was organized so that server manufacturers had their static test stands (two stands per model) and client manufacturers moved between stands. The time reserved for each test slot was 30 minutes and hearing the signal sound meant that all clients stepped over to the next test station. This dance was repeated from Tuesday to Thursday. Testing days were quite intense, but at the same time rewarding since it was nice to meet other companies’ designers, discuss server/client solutions and ISOBUS standard. The atmosphere at Plugfest was very friendly; all of us were working together towards a common goal.

Last year our tests focused on the Epec ISOBUS VT client library. This time our main target was to test the Epec ISOBUS TC client library features. We had two control units for testing; one with a simple sprayer implement (one boom, eight sections, one rate control) and another with two booms and a bit more complicated application. All in all, we tested our example implement with 20 different TC servers and were pleased with our results. We did not find any big issues from our TC client library’s current features. Only small modifications were done to the example applications during the tests.

Before Plugfest, some improvements were made to the TC client library that we used in the test project. The upcoming SDK release will include this updated library, however, we will continue our ISOBUS library development with feature updates.

It was Juha’s second year attending and a new event for Piia. For both of us, the week provided us with new knowledge and engaging discussions with other participants and companies. It was an interesting week working with other Finnish participants. Next autumn, Plugfest will be organized in Bologna, Italy.

Looking forward to the next Plugfest,