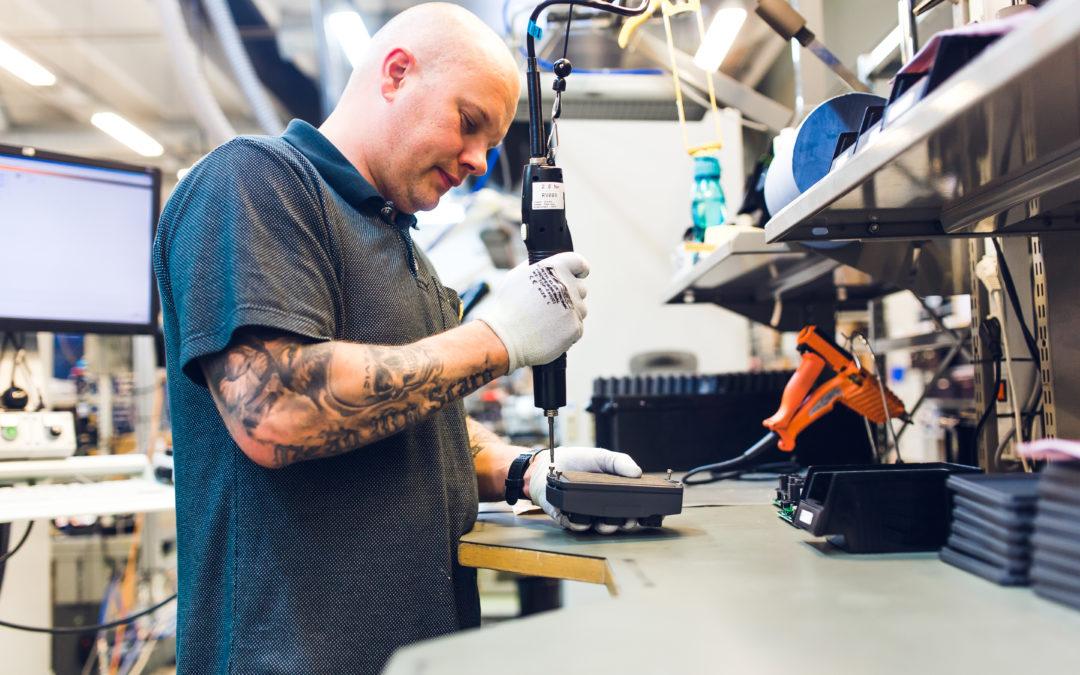 Marko started working in the Epec factory for the first time in the summer of 2008. After his year-long fixed-term contract, recession hit the industry, and consequently Marko’s employment came to a halt. However, after half a year, his work at Epec continued and still continues to this day. Marko has had versatile tasks in the manufacturing through his whole career at Epec. He has experience in almost everything except the after-sale services or the manufacturing line. On top of his normal work, he has also mentored many new employees in the last few years. In other words, he is our very own Jack-of-all-trades.

Before his career at Epec, Marko worked as a computer technician in Tampere, designing and installing computerized aids for the blind. Before that, he worked in the IT services of Seinäjoki Central Hospital. Marko’s educational background consists of a vocational qualification in information technology and some additional higher level studies in the subject, as well as a vocational qualification in construction. In his spare-time he has utilized his education by working on houses and other buildings. Working on constructions in his free time counterbalances his current job well.

Marko’s work at Epec consists of different tasks in assembly, testing and Continuous Improvement. His aim is to dedicate his Mondays and Fridays entirely to development work. Currently Marko works on the 2025 Displays – the same ones he once begun his career with in 2008! As his greatest accomplishments at Epec Marko lists the increased amount of responsibilities, the freedom in carrying out his tasks and the possibilities for improvement and education. He sees the things learned from his current development tasks as his greatest learning experience – the spectrum of his own understanding has widened greatly, as he has had the chance to do the tasks in teams with others, hearing all the ideas from his colleagues.

As a mutual accomplishment Marko brings up the layout change carried out in the warehouse last year, which resulted in a practical solution in storing. He feels that the employees’ ideas were taken into consideration in the process and the finished work reflects everyone’s work contribution. He also appreciates the Continuous Improvement work and the work environment in the factory. In his work Marko aims to complete his tasks calmly and precisely, even when he is short on time. However, things do not always go as planned😊 Once he and a colleague spent a whole week assembling displays that did not exist. They had started on a complicated structural change and found out later, that the only change they would have needed was a software update. The week of futile work still lives on as a funny tale.

Marko has happily worked at Epec for ten years, thanks to the versatile tasks, great co-workers and the friendly atmosphere. Whenever he has had something on his mind, people have been helpful and ready to listen. Transparency in the workplace is very important for him.

In his spare time Marko goes to the gym and on walks with his dog. During wintertime he goes downhill skiing with his two sons. Another important hobby of his is heavy music. Marko used to play the drums also himself and nowadays he likes to go on gigs and listen to music.