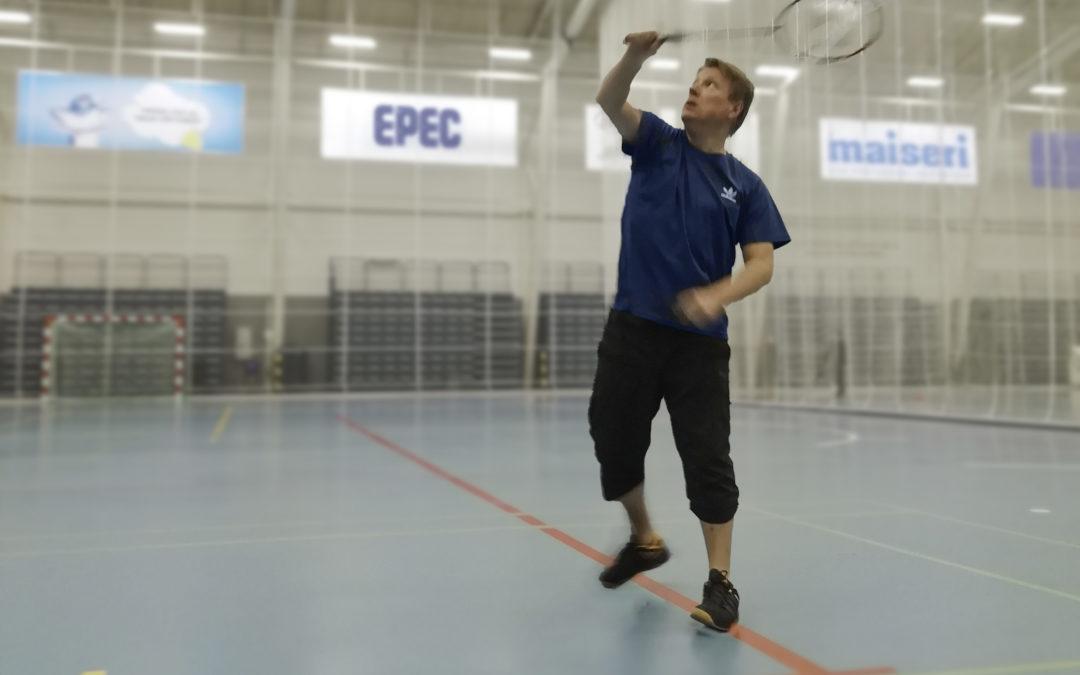 Mikko was born in Pori, but moved to Espoo at a young age. He studied automation engineering at EVTEK University of Applied Sciences, and after his studies were complete, he wondered where to settle and work. Together with his spouse who’s from Ilmajoki, they decided to try Seinäjoki. Mikko went to an interview at Epec, and was immediately offered a job there as a software designer. That was the start of a 21-year career at Epec and settling down in South Ostrobothnia 😊

Before coming to Epec, Mikko had been doing all kinds of work, e.g. IT and network support person for Tieturi during his studies, and working as a delivery driver at a bakery. Mikko has always been interested in technology, and he’s been a PC enthusiast since youth. At Epec, Mikko has worked as a software designer for client projects, and with software libraries for the past 10 years.

There have been plenty of funny memories over the years, and Mikko remembers something about Tellervo from the time of Kauppaneliö. A crew of about 20 people received their lunch on site, and of course pancakes were also served on a pea soup day. While everyone else swapped their dirty bowl and spoon for a clean plate and cutlery, Tellervo had pancakes off the same plate, using the same spoon, “What’s the point of having more dishes to do,” a statement that describes Tellervo very well indeed 😊.

Clients could be demanding already back then, and with one client in particular, Mikko’s colleague had to work all night long. He went home to sleep in the morning when everyone
else was coming in to work. Satisfied clients have been important for Epec from the very beginning!

Sometimes, it’s been important to take a stand about appropriate tools 😉 When there was no laptop available for a work trip, one particular employee decided to chuck a desktop computer in the boot of the car! The people at the customer’s test site were quite surprised when the Epec employee opened the boot and there was a “portable workstation” 😉. The work parties were also a bit different, always on a Thursday, and everyone would show up for work on a Friday morning a bit worse for wear. Those Fridays might not have been the most efficient working days, but perhaps the most creative for generating new ideas 😊

Application development for clients has also evolved throughout these years. In the past, smaller clients in particular often had only verbal instructions or just a single sheet of paper with the picture of the machine. The programmes were coded in C- and assembly languages.

These days, Mikko is mainly busy with design and coding, which take up almost his entire working day. Mikko is currently testing software for a Chinese client, also negotiating about the specifics of the user interface. Mikko often gets work assignments that simply say, “do something like this”. For example, that was the case when he had to build an application that transfers data between LAN and CAN. Although there was no information about how to make something like this, a functional “bundle” was ready in 3 weeks. This kind of work is both challenging and fascinating. You can use your skills and know-how and really think how to apply it in practice.

The most challenging and interesting project was the Safety Control Unit. That changed the work process of the entire product development department quite a bit. It was like school: many new things were learned. The library and application development started by Mikko finding out in detail what to do, after an Inspecta course.

Mikko and the entire library team work in a way that others can review their results. This ensures that they achieve the desired output. This approach was also established with Turvatuote. Several pairs of eyes are better than one. Information distribution is also being enhanced, with lessons shared, so that the entire team knows something about the products. In Mikko’s words, “There are no one-man projects, but everyone has a shared responsibility for the quality of the work.” The team has realised something important! This way of thinking is also great for the entire company: Epec’s success is not a one-man project.

Mikko has enjoyed these 21 years at Epec thanks to great colleagues. It’s nice to work with a good crew. Mikko likes to spend his spare time with his colleagues too, playing badminton. In addition to badminton, Mikko plays the guitar and goes to gigs. In other words, the right amount of sports and music balances out the challenging work.