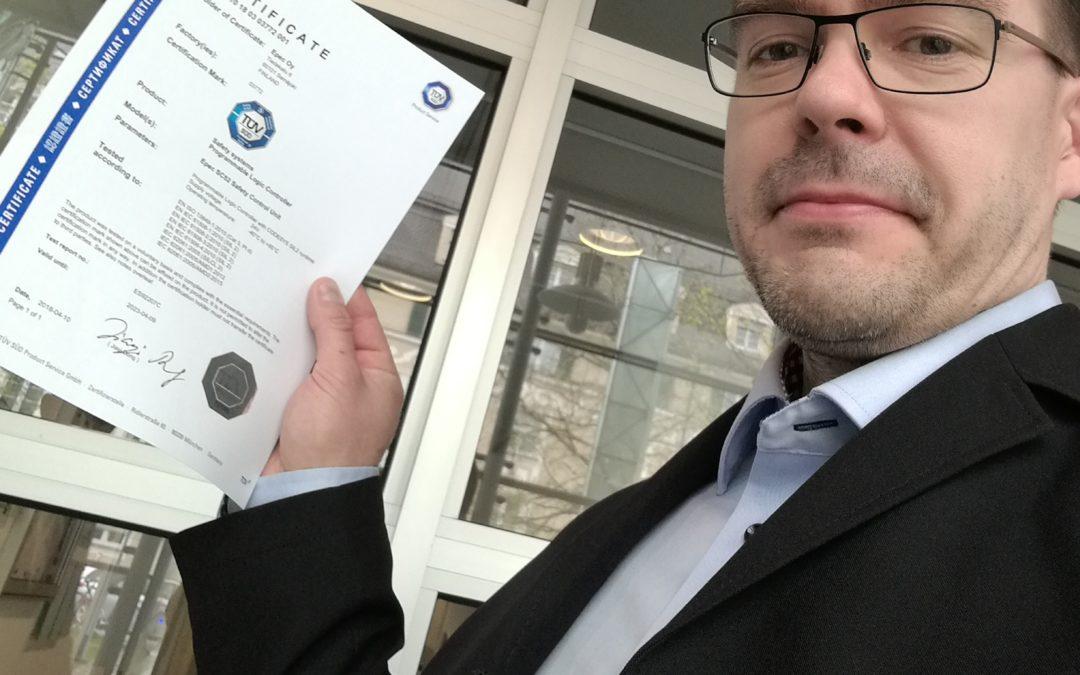 In 2010, Epec was recruiting people for roles in product development and project services. Kimmo applied for a position in product development, but eventually ended up working as a project manager in project services. Previously, Kimmo had been working with mobile phone software projects at Geracap’s Seinäjoki office after studying Telecommunications and Electronic Engineering in Vaasa. The mobile phone industry started showing signs of stagnation in 2009, and towards the end of that year, Kimmo started commuting to Tampere for work. His goal was to change his line of work and be able to work closer to home. That was how Kimmo’s 10-year career at Epec began.

Over the years, Kimmo’s tasks have changed. In project services, he worked as a project manager for a few years, and then became a team leader. In addition to team leader responsibilities, he also dealt with client and product development projects. Regarding the Safety product SC52, Kimmo was in charge of the Safety library project, also working as SC52 project manager, after the previous manager left Epec. During the SC52 project, Kimmo moved to product development as a team leader. After the SC52 project, Kimmo has been able to focus on team leading and operational development. It’s important for Kimmo to be able to provide a good and peaceful working environment for his team through his own work.

Kimmo’s most memorable experience at Epec was a trip with a few colleagues, when the team headed to TÜV to get certification for SC52. Many years of work was finally rewarded, and the goal was achieved.

Currently, Kimmo’s days are largely spent in meetings, planning and specifying the work of his own team, and its operational development. Kimmo is pleased that his team’s practices have been developed in a good direction. Planning the office spaces for the new factory project is also high on the to-do list this spring. It’s namely the diversity in his career, various tasks, learning new things and the constant development changes at Epec is why Kimmo enjoys working at Epec. “I’d also say my colleagues, but everyone says that.”😊

Kimmo thinks that today’s biggest challenges are prioritizing and particularly the long to-do list of his team, where the most important projects have to be focused on first. Kimmo believes that among other things, quality work requires focusing on one thing at a time and completing it in one go. This is where prioritization is important, and sometimes the team succeeds in it, and sometimes not.

Kimmo likes to balance work with going to the gym and mountain biking, and in summer, motorcycling and spending time at his summer house in Keuruu. His family, kids, and being a foster family are also important in his life. Being a support and foster family is a way of life for Kimmo’s family, who are very happy to help children in need.