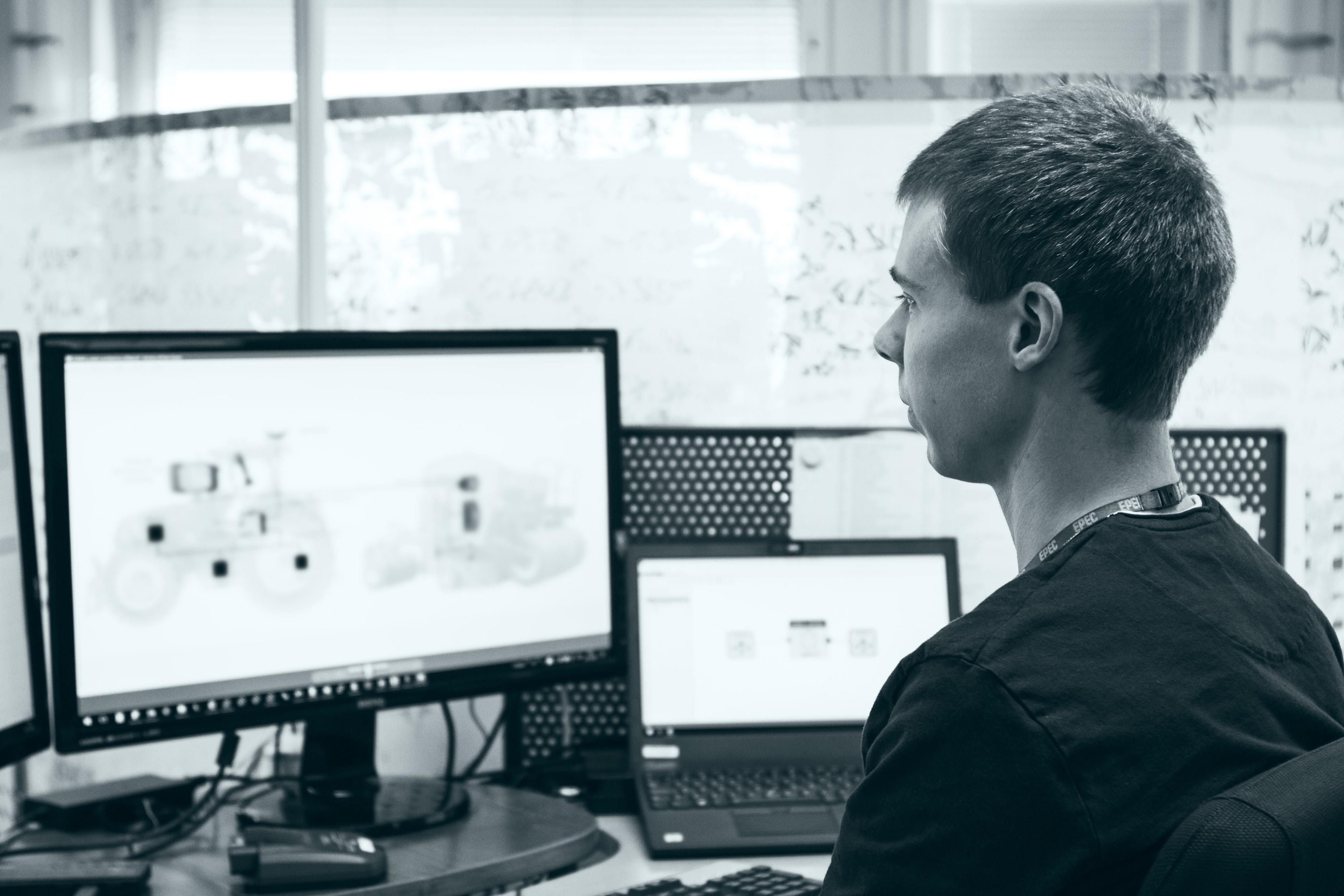 Are you currently designing an ISOBUS interface and wondering what to take into consideration in the design? Below is a short overview of Epec’s experiences regarding the design of ISOBUS virtual terminal interfaces. If you’re unfamiliar with the concept of an ISOBUS, you can read Piia Vedenjuoksu’s ISOBUS blog post https://blog.epec.fi/isobus-interconnecting-tractors-and-implements/.

ISOBUS Virtual Terminal (also known as Universal Terminal) assists the end user and creates new opportunities for machine manufacturers, when no separate display is required for each implement in a tractor. The user will only have to connect their ISOBUS implement to the ISOBUS terminal, and the user interface will be downloaded from the implement to the terminal. Before the download, the devices interact briefly, and based on the received information, the implement will, for example, adjust the graphics in accordance with the display.

An ISOBUS terminal can either have only physical buttons, just a touchscreen, or physical buttons and touchscreen. All of these combinations should be taken into consideration during the design process of the interface, so that the final result would be widely compatible with different manufacturers’ terminals. It should be possible to access frequently used functions quickly, regardless of the type of the terminal. To help with this, the ISOBUS terminal has so-called SoftKey buttons. These buttons are typically located on the left and/or right side of the display. Depending on the display type, these buttons are always easily accessible either via a physical button or a touchscreen.

In case the terminal only has physical buttons, there is usually a kind of a roller which can be used to move the cursor between different elements. This kind of use is naturally slower, and requires more of the operator’s attention than any function done directly by SoftKey. This is why the functions of buttons other than the SoftKey buttons should be such that it would not be necessary to use them during operation.

The ISOBUS interface communicates over a CAN bus, so it is recommended to keep the interface graphics moderate in size, so that the loading time would not be excessive. Symbols should be preferred over text, as they can usually be scaled better than small text. Furthermore, using symbols will help with the localisation of the interface, as there will be no need to translate texts into several languages.

There are many ISOBUS device manufacturers, and each manufacturer interprets the standard in their own way. This can cause compatibility problems for devices made by different manufacturers. To improve this situation, events are held where devices are tested by different manufacturers. The Agricultural Industry Electronics Foundation (AEF) holds two annual Plugfest events, where manufacturers can test the plug&play compatibility of their devices. Epec has also participated in this event, receiving valuable feedback about the compatibility of their devices. In addition to the Plugfest event, there are national testing events as well. Also in Finland, there is a national-level ISOBUS event, organised by Agricultural Automation of Finland.

In case you are visiting Agritechnica 2017 during this week, don’t hesitate to come and visit our stand on hall 15 booth F54. We are there ready to serve you!